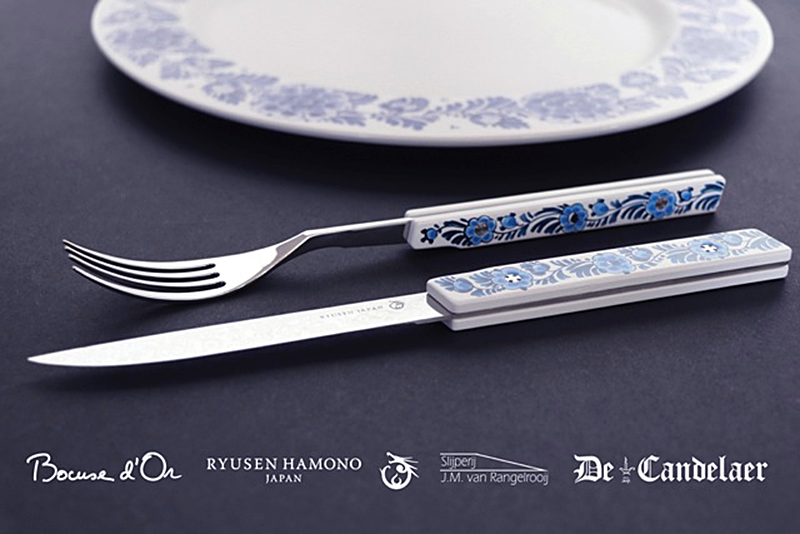 Held every two years in Lyon, France, the world chef championship Bocuse d'Or is known as the most prestigious competition for chefs.

This year, the Dutch team has selected our steak knife and fork as the cutlery that they will use in the competition. As a limited model produced specially for the Dutch team, the knife features a beautiful handle made with a technique of the traditional Dutch craftwork Delftware. The handle has a delicate, deep blue flower pattern on a white base. In addition, the blade has a beautiful pattern produced with the special technique of forging Damascus steel with 70 alternating layers of a rigid material and a flexible material and then polishing the surface. Simply pulled lightly, this steak knife cuts a dish with the shape of the entire dish maintained, showing that it epitomizes Ryusen's manufacturing techniques.

We had the great privilege of presenting the royal family of the Netherlands with the cutlery to be used by the Dutch team at Bocuse d'Or (steak knife and fork made by Ryusen). We are grateful that a thank-you letter was delivered a few days later from the royal family to our agent.

We would like to take this opportunity to express our sincere appreciation to our agent Slijperij J.M. van Rangelrooij, which has worked very hard for the competition. Moreover, we also would like to thank the Dutch team for having selected our cutlery. We hope that our steak knife and fork, which we have produced with great devotion, will support the Dutch team.

▼Click here for the episode behind the creation of the cutlery adopted by the Dutch team. （Web Page：Slijperij J.M. van Rangelrooij） 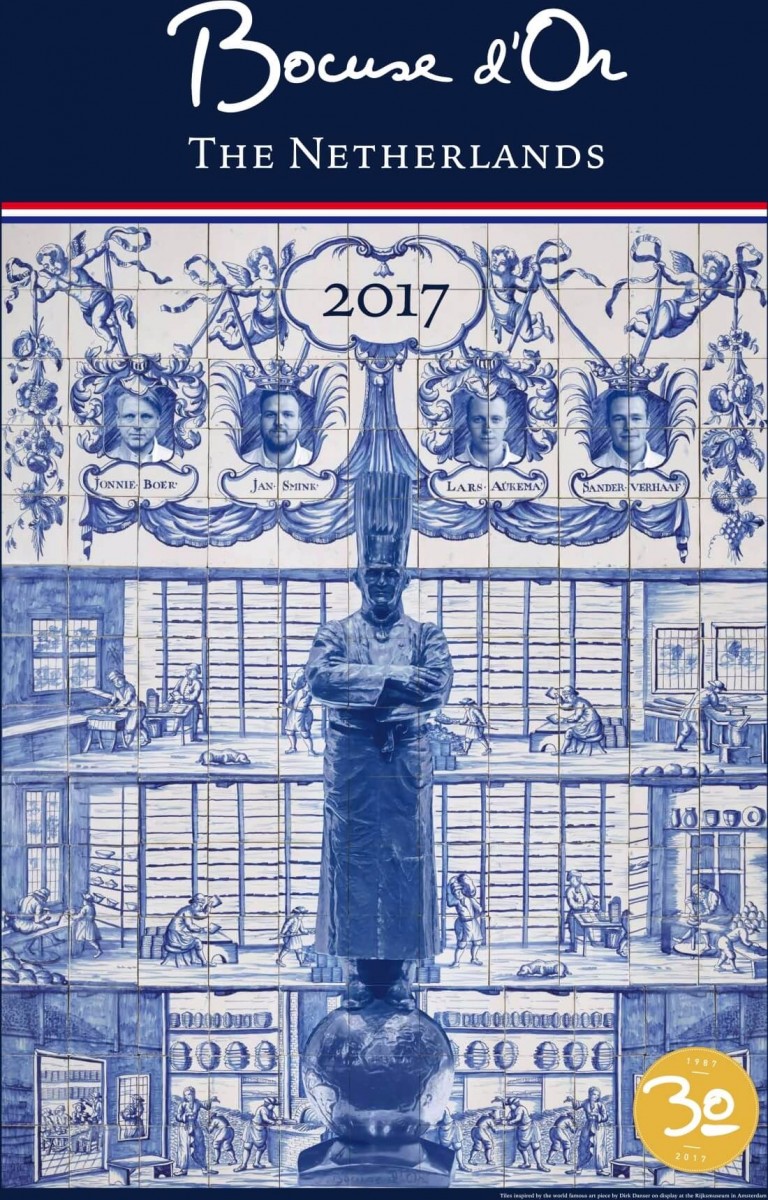 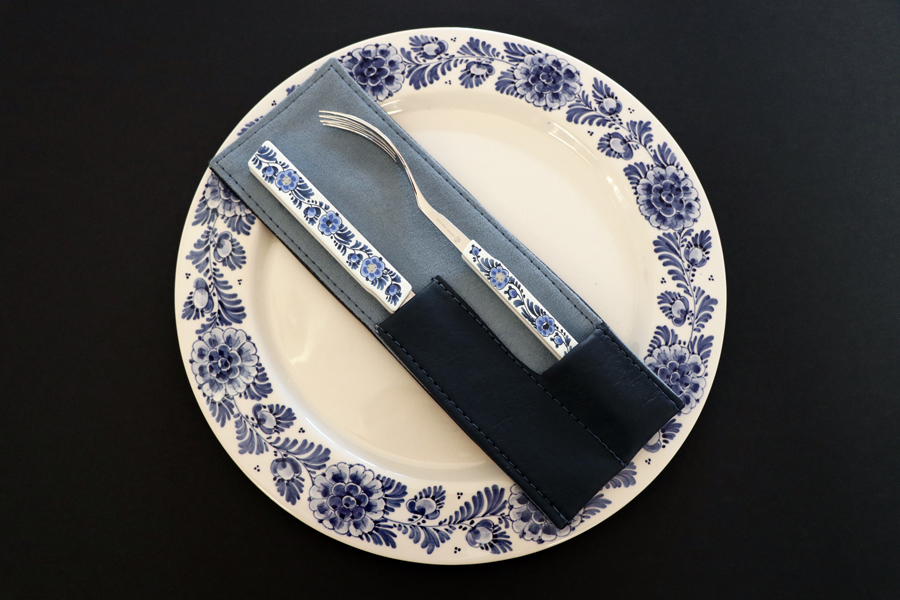 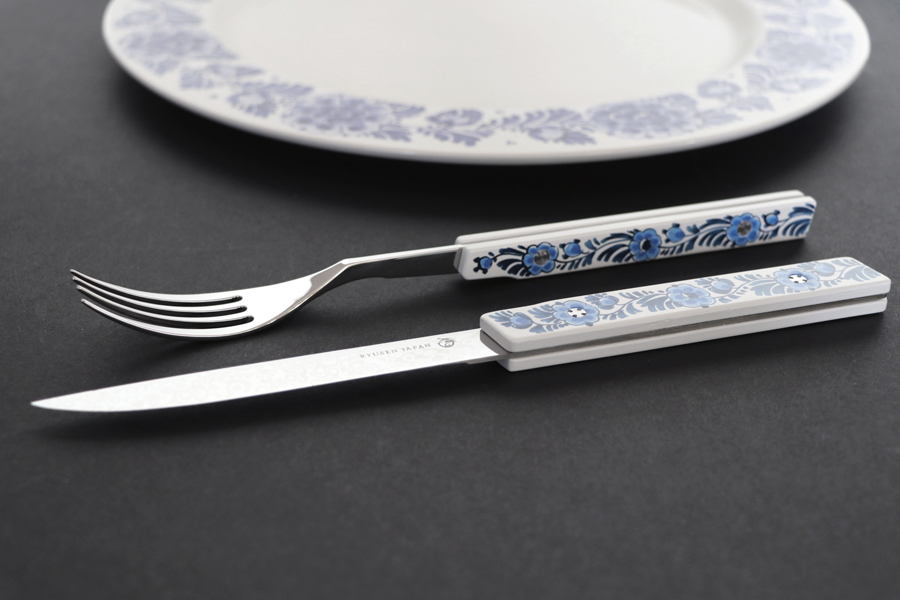 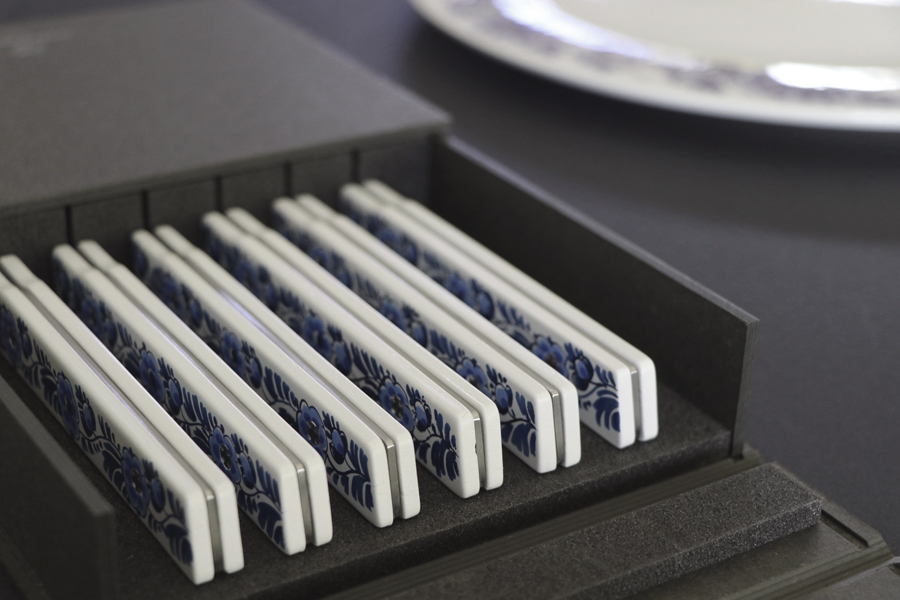 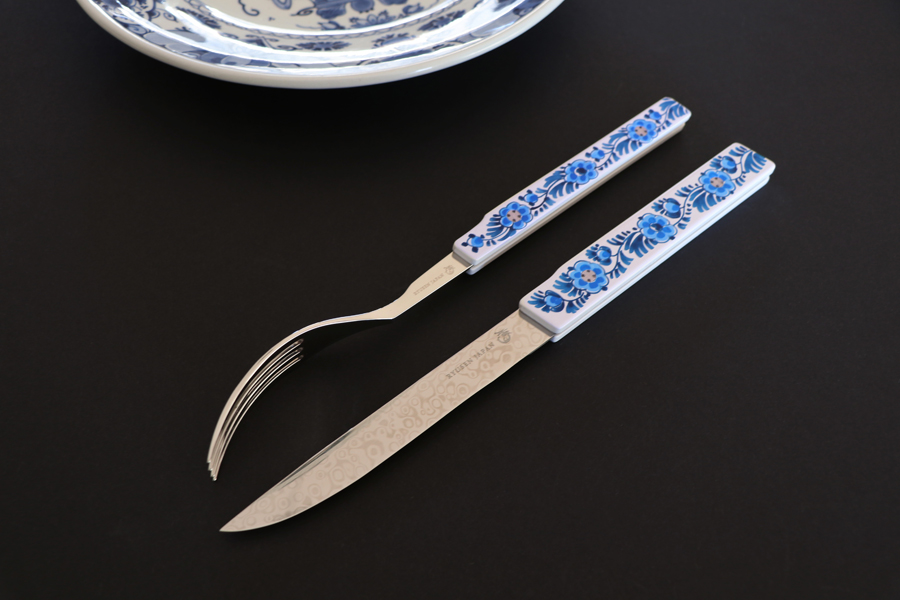 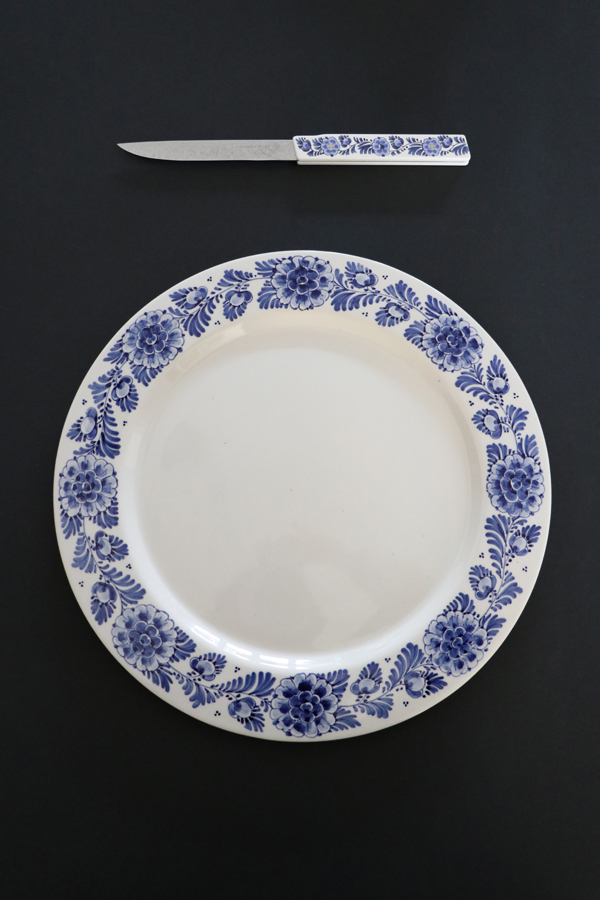 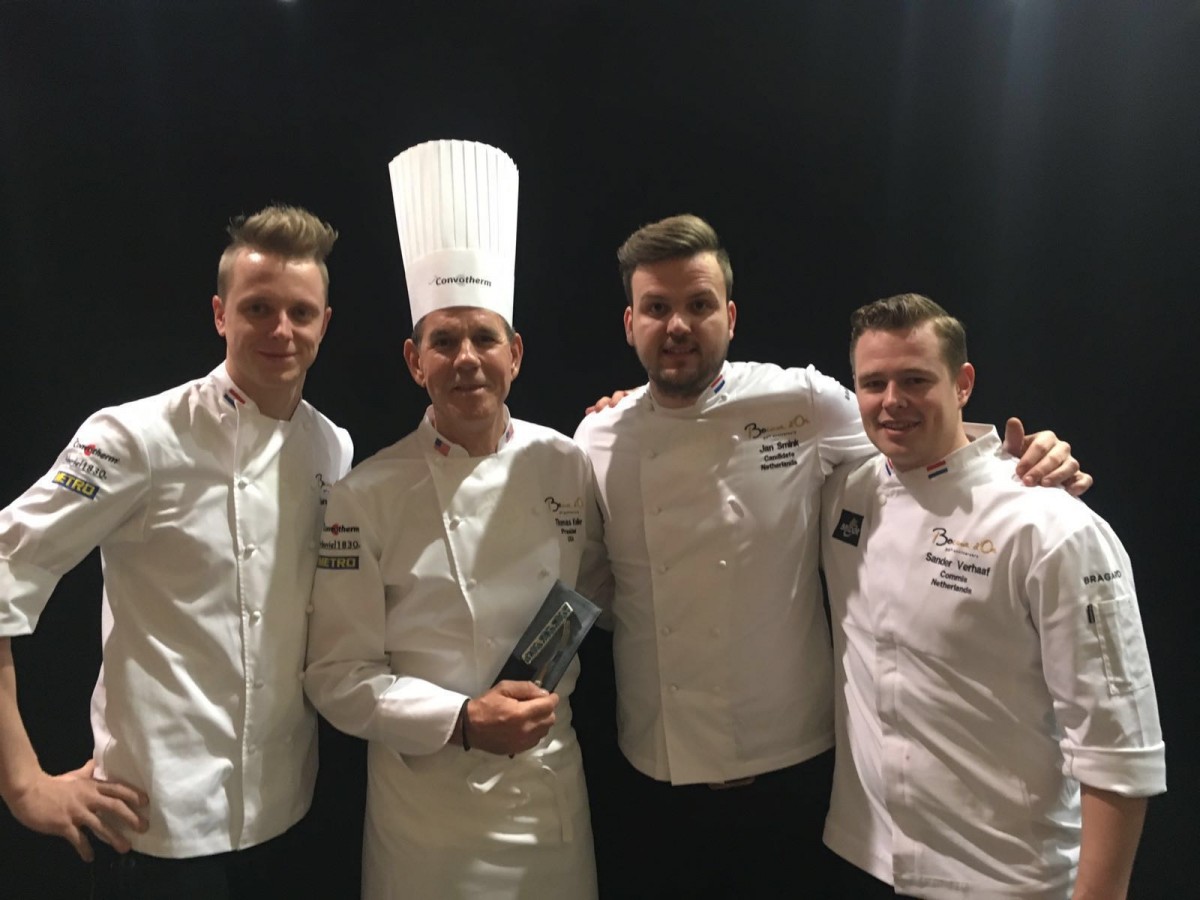